What is Spatial Audio? 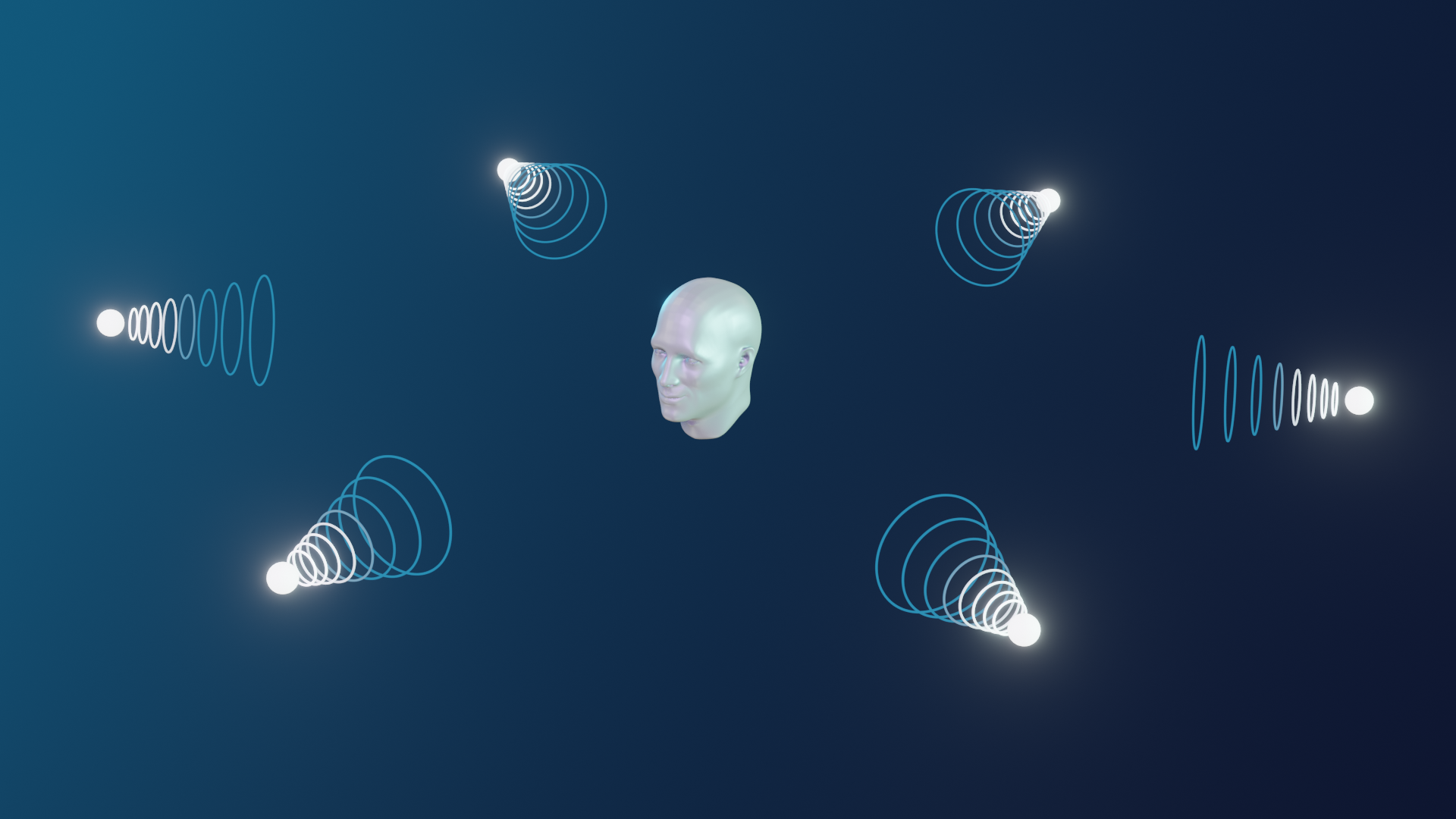 Spatial Audio is supported on Dolby Voice Clients and Stereo Opus Clients in Dolby Voice conferences. Mono Opus is not supported and triggers the UnsupportedError if calling the setAudioPositions API.

While spatial audio can be used in many types of application, this article discusses two use cases: standard video conferencing and a 2D top down virtual space.

The spatial audio scene heard by each conference participant can be unique, the positions are not shared between participants. For example, in a video conferencing application, the video tile layouts are usually different for each participant.

A video conferencing application would use spatial audio to map each participants audio to the same location as their video on the screen. For example, if a participant’s video is shown to the left of the screen, the audio from that participant would be heard from the left. This is known as “Audio/Video congruence”.

The A/V congruent audio scene is set up by defining the rectangle that represents the scene in the application window. Normally this would be the rectangle that the video conference is being shown in. The participants’ positions are then expressed by the positions of their video tiles.

Tiles can be arranged in any way desired by the application developer, though some common examples might include:

In this use case, the conference is usually audio-only and is displayed as a 2D map with a top-down or isometric presentation. Each participant in the conference is shown on the map as an avatar. The audio for the other participants is on a horizontal plane and appears to come from the position shown for that participant. Participants can move themselves around the space and see others move as well. The audio scene updates as the participants move. The 2D top-down mapping use case can be applied to applications such as 2D games, trade shows, water cooler scenarios, etc.